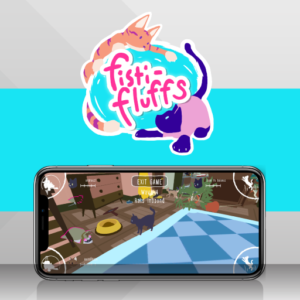 Gunstone Studios developed the iOS and Android port for the title Fisti-Fluffs (The original game is a PC and Nintendo Switch title).

Fisti-Fluffs is a physics based multiplayer game featuring cats where you fight and wobble against other cats while flinging household items around. Be sure to dress up your cat with many adorable and rocking outfits.

Choose from a wide variety of cats and tussle, jump and explore different scenarios. You can be as destructive as you like… you are a cat after all!

For more Information on the game